The cover of the August 2015 issue of Wired magazine declares – “No hunger. No pollution. No disease. And the end of life as we know it. The Genesis Engine. Editing DNA is now as easy as cut and paste. Welcome to the post-natural world.” 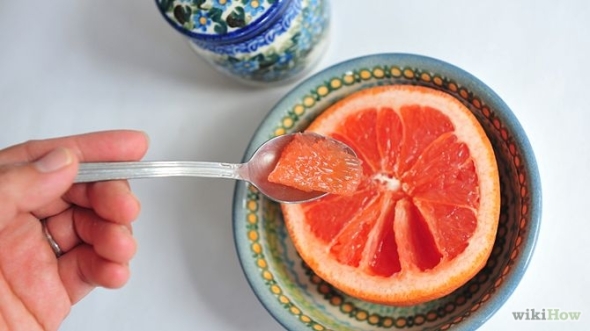 In the early months of this year, I was on a Clementine kick. I loved the bite sized, easy to peel citrus fruit but alas the season ended and so I’ve started eating Red Grapefruit about 3-4 times a week to get my citrus fix. No idea why I crave citrus fruits these days but I honor the urge because it is at least a healthy one.

Imagine my surprise to discover in the Wired article that scientists back in the 1930s began playing around with intentional mutations by irradiating seeds and insect eggs with xrays to scatter the genomes around like shrapnel. Hundreds of undesirable traits were discarded but one that has lasted was the creation of Red Grapefruit. Another was the barley used in brewing most modern beers.

Since then a lot of work has been accomplished on genomes. As recently as 2002, molecular biologists had learned how to delete or replace specific genes using enzymes called zinc-finger nucleases. The next step from that was the technique that used enzymes known as TALENs. But these procedures were expensive and complicated.

Do you know what a palindrome is ? This is a series that is the same back to front and front to back. Some microbiologists that were sequencing the genomes of ancient bacteria and microbes called Archaea (actually the descendants of the first life on Earth !!) noticed recurring segments but didn’t know what they do. They did think they were a bit weird though and named these clusters Crispr.

A lot of people worry about GMOs and a lot of people hate Monsanto for that. And yet, according to the Wired article, scientists do care about the unintended consequences of the genies they are unleashing from their laboratories. Back in 1975, 140 scientists gathered at Asilomar in California in view of the inspiring landscape of the Monterey Penisula on the Pacific Ocean to consider the implications of “recombinant DNA”. That is decrypting and reordering genes to manipulate the source code of life.

The outcome of that meeting was a set of guidelines about how to isolate dangerous experiments and a determination that cloning and messing around with dangerous pathogens should be off-limits but they really couldn’t see the idea of modifying the human “germ line” (which would pass changes on to subsequent generations) as a realistic worry in the mid-1970s.

Fast forward to 2015 and once again researchers met at a conference, this time in Napa Valley, to talk about the implications of genome engineering. The gene editing technique known as Crispr-Cas9 was ALREADY readily accessible by everyone at this conference. Turns out that Crispr-Cas9 makes it easy, cheap and fast to move genes around – ANY genes – in any living thing from bacteria to human beings.

And researchers had already been utilizing the 3 year old technique to reverse mutations that cause blindness, stop cancer cells from multiplying or make cells impervious to the virus that causes AIDS. Agronomists had rendered wheat invulnerable to powdery mildew and were looking for ways to better meet the food needs of the 9 million people inhabiting this planet. Bioengineers have used Crispr to alter the DNA of yeast so that it consumes plant matter to create ethanol. And pharmaceutical companies have spun off Crispr R&D branches.

By now, you have probably figured out that this technique is revolutionary and that it is perilous !! Crispr could allow genetics researchers to conjure up all the nightmare possibilities that keep some people awake at night – designer babies, invasive mutants, species-specific bioweapons and a dozen other apocalyptic sci-fi imaginings.

I found the discussion about RNA in the Wired article interesting. In looking at bacteria, the researchers started wondering if Crispr was a primordial immune system. RNA is single-stranded genetic material whereas DNA is double-stranded. “Guide RNA” has been created by combining two strands of RNA into one fragment (and it can be made from whatever genetic “letters” they want and not just from viruses but well – they believe – from just about anything).

A microbiologist in Sweden named Emmanuelle Charpentier was working with Streptococcus pyogenes (yes, in a biohazard chamber alright !!). That is where she found the Cas9 mentioned previously. Cripr makes two short strands of RNA and Cas9 latches onto them. When the Crispr-Cas9 arrives at its destination, Cas9 does something almost magical – it changes shape, grasping the DNA and slicing it with a precise molecular scalpel.

The combination of Guide RNA and Cas9 has created a programmable machine for DNA cutting (hence the title of this blog). The stakes are high in the on-going patent battle (more than one party claims they were the “first”). The licensing of the patent could be worth billions in royalties.

The gene-editing possibilities of Crispr-Cas9 are limited only by scientific creativity and ethics. And there are lots of unknowns still on the frontier. Crispr could be used to treat some debilitating disorder in the womb and it might also be used for a less significant application like skin wrinkling in aging. The medical research community simply hasn’t had enough time to seriously discuss the ethics and safety even as the utilization of the technique rushes forward.

The April 4, 2015 issue of Science News describes the use of Beetle RNA to engineer plants by putting it in their leaves. These genes were inserted in plant cells called plastids. An example of one type of plastid is a chloroplast which performs photosynthesis. So the plant was laced with double-stranded beetle RNA so that if eaten by that beetle, it disabled certain genes and caused their guts to break down. The adult beetles stopped eating and their larvae that feasted on the plants were dead. Researchers believe that the technique is safe because the plastids have their own DNA that doesn’t make it into pollen and so won’t spread the beetle genes from the engineered crops in pollinating other plants.

I can’t claim to feel warm and fuzzy about it. I can only trust that they really do know what they are doing when they use their god-like powers to engineer new crops. Just like with Artificial Intelligence and the singularity that is looming ahead for us, I don’t think there is any stopping the “forward progress” ? of science in the realm of genomes.

“Easy DNA Editing Will Remake the World. Buckle Up.” by Amy Maxmen in Wired Magazine – http://www.wired.com/2015/07/crispr-dna-editing-2/

Red Grapefruit photo courtesy of wikiHow “How to Eat a Grapefruit” – http://www.wikihow.com/Eat-a-Grapefruit

Designer Babies image from Student Collaboration for the 21st Century – “The idea of progress” by Pierre-Yves Reignoux posted Nov 6, 2013 – http://studentcollaboration21.blogspot.com/2013/11/the-idea-of-progress-pierre-yves.html